This week we are going to be learning about a concept called halving and sharing.

Do you remember when you learnt about doubling?

Doubling means twice as many and so your amount becomes bigger.

Halving means you have to share your amount equally into 2 groups. This means your amount will become smaller, by half.

For it to be half, both amounts should have the same, so it is a fair share. If I have 4 oranges and I want to share them fairly between Batman and Spiderman.

They would have 2 oranges each. Can you find half of the following numbers?

You can draw circles to represent the amount and cross them out as you put them into 2 groups. You could also use physical objects to help you.

What is half of:

Have a think why I have only asked you to half even numbers?

Why not odd numbers?

Click through the PowerPoint to remind yourself of halving and see if you can help Penny and Jenny find half of an amount of fruit.

Now let's learn a song to help us learn about halving 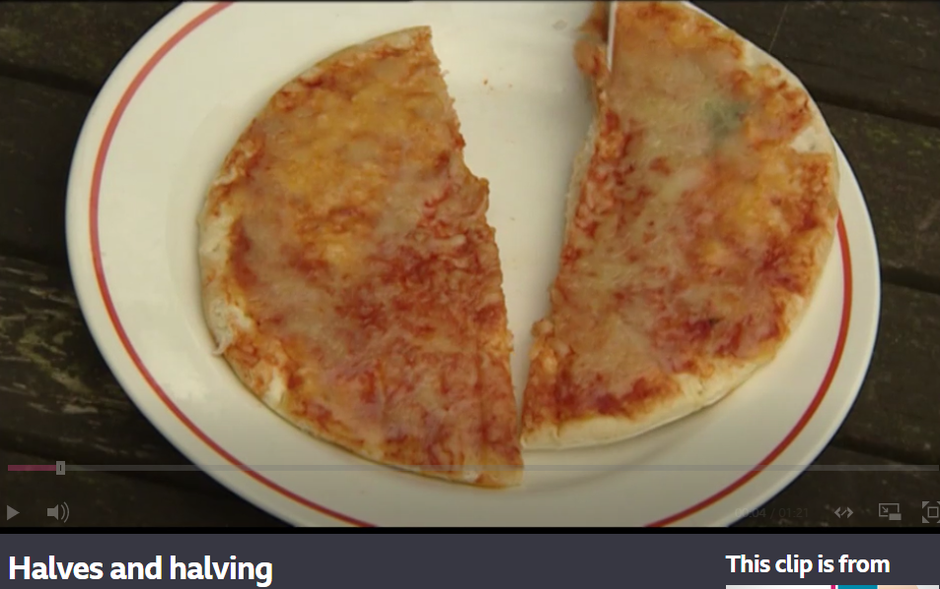 Today you will need a set of dominoes.

You can use some you already have at home, make your own or print them off with the link below.

Can you find all the dominoes which are halves?

What other halves can you find?

Can you post a photo onto purple mash of all the halves you find?

Can you solve the halving problems? 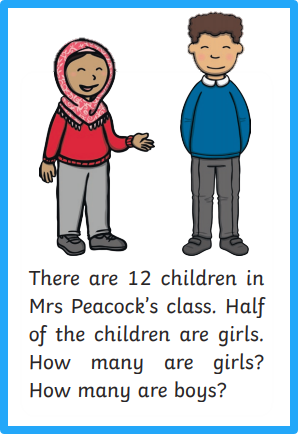 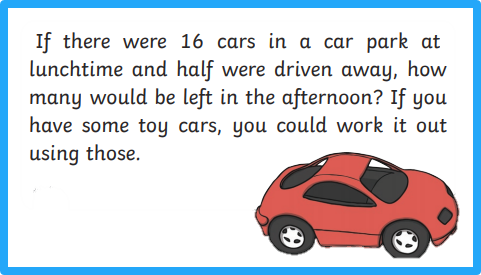 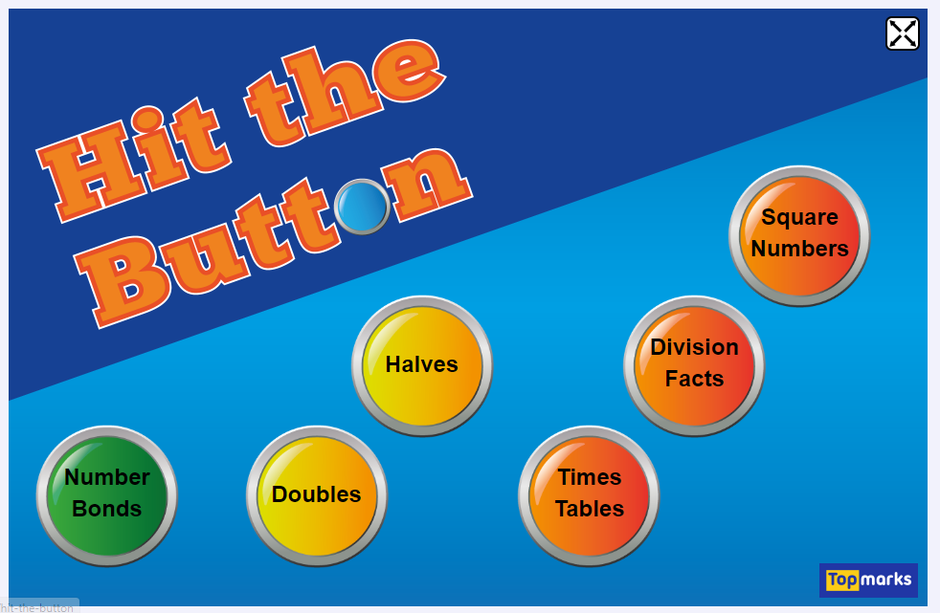