So last week you wrote down all the facts that you knew so far from the crash landing site and some questions about what you thought might have happened.

Well Miss Hale and Miss Pownall-Brown were so curious as to know what happened, they decided they would email NASA with some of the the things that we all found, including the children at school.

NASA is the National Aeronautics and Space Administration, which sounds very complicated. But really it just means they are the people who work with things going to space. 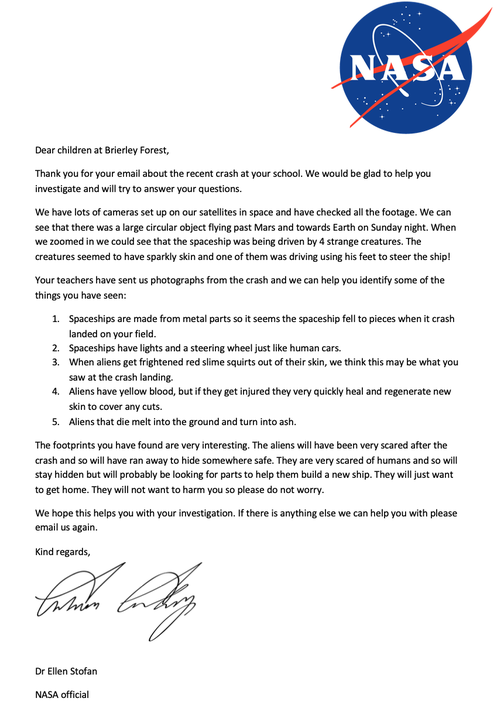 Would you like to send them a letter back?

Think about the things you have found out.

Do you want to find out anything else about space?

Or maybe just to say thank you for the information?

I think I might want to ask the question -

What do the Aliens need to make a new ship?

Or maybe what colour are the Aliens?

Today we have a new story.

Let's think about the answers to these questions before we begin. Using the picture below can you predict...

What is going to happen?

Where did he get his rocket from?

What time of day is it?

Then have a go at listening to the story by clicking on the picture and see if you were right. 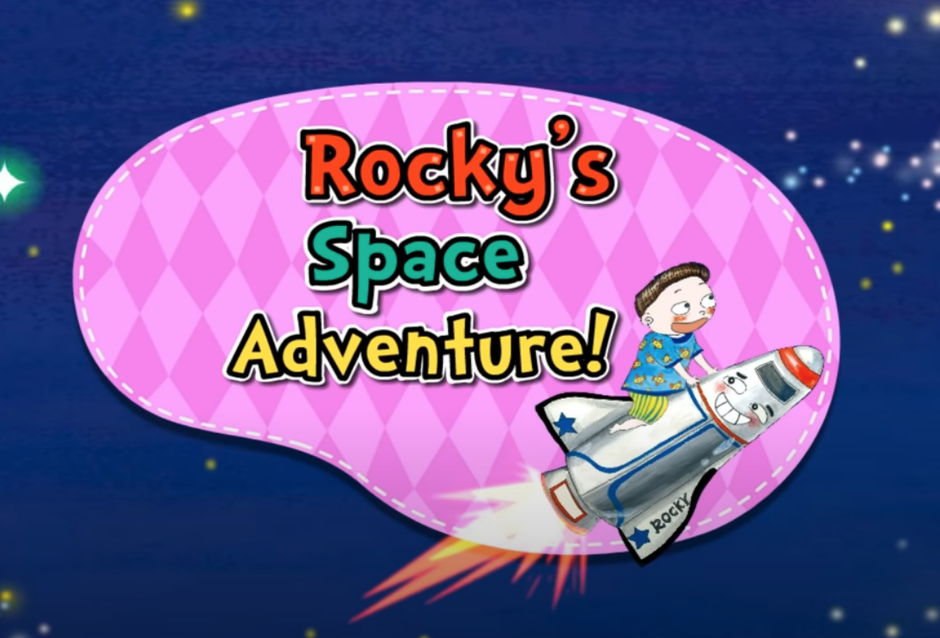 Can you make your own rocket to go space using anything you have at home?

You could use paper, empty boxes, empty bottles etc. 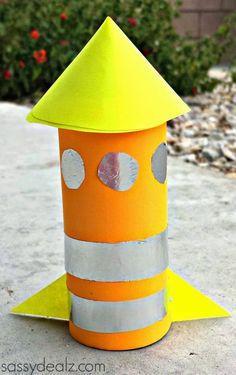 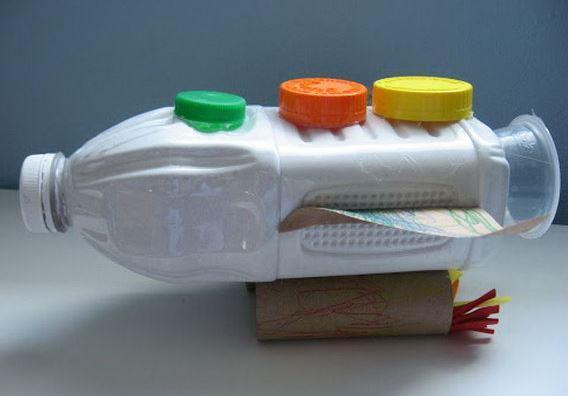 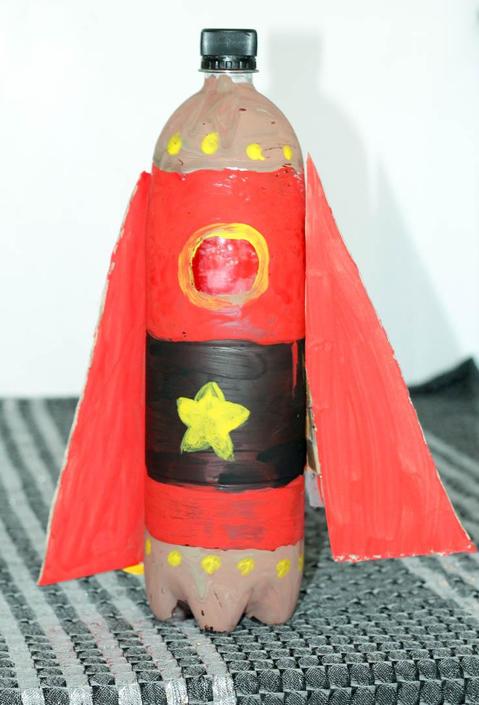 Think about the letter from Monday.

It said that 'Aliens squirt red slime when they are frightened.'

But I didn't see any aliens on the crash landing site did you? 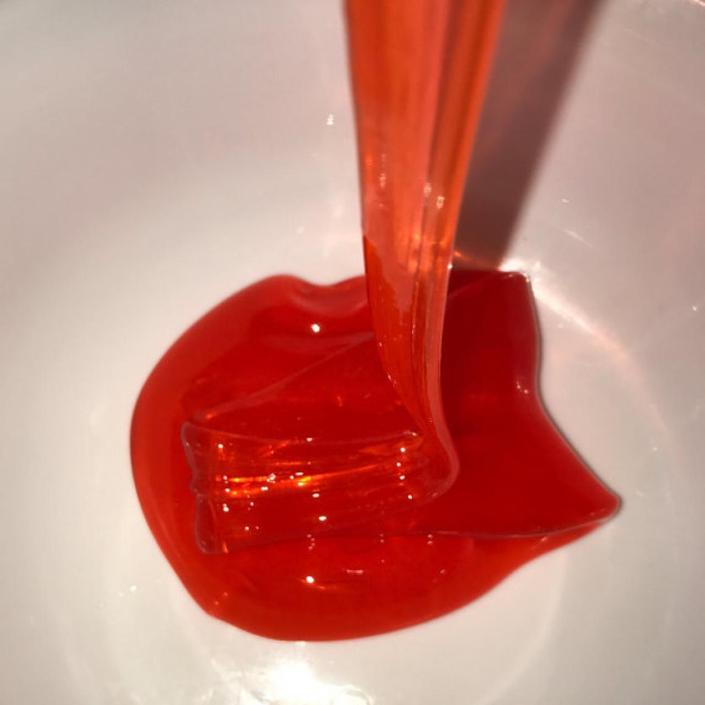 Oh, that's right, they told us they are scared of humans so they would be hiding.

Would you be scared if you went somewhere that you didn't know?

The witness last week told us he heard noises but no-one actually saw an Alien...

Think about the Aliens in the story yesterday, what did they look like?

Were they any more clues in the letter?

Can you think about what the Aliens might have looked like and have a go at drawing your own?

Can you write 1 fact underneath about what it looks like?

Remember to use your phonics to sound out the words you use!

So yesterday we drew our own Alien but I wonder what Aliens can do?

Do you think they are the same as humans or are they different?

Can it stand up?

Can you go outside and pretend to be your alien? What does it do?

Once you have done this, come in and label your Alien from yesterday with some of the actions you could do. 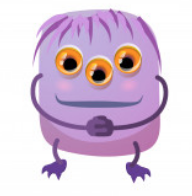 Let's do an experiment, I thought we could make lava lamps as it looks a little bit like the slime from the aliens.

This is a lava lamp.

In a lava lamp, the bubbles of oil float up and down. 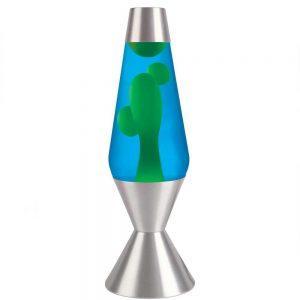 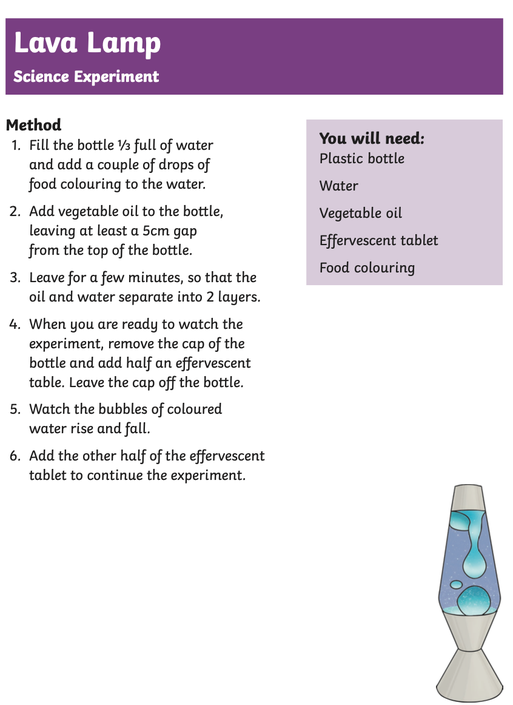 What happens to the oil and water after they are left still for a minute?

What happens to the tablet in the oil?

What happens to the tablet in the water?

Why is the water rising up?
Why is it falling back down?